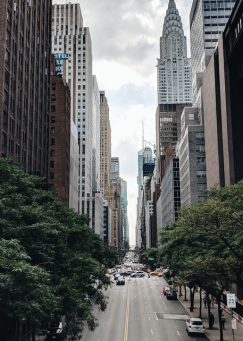 Spring came early to New York City in 2020, perhaps because on some level we knew if we didn’t get it in early, we would never see it.  So, we willed it into being.  The last year went by so slowly, yet it also seems to have been just yesterday that I arrived in NYC on March 12th and the forsythia was in bloom.  I would end up staying in NYC an entire season, all of the Spring 2020, and watched the bright yellow flowers fall off and be replaced by the green leaves that would sustain that bush for the remainder of the summer.  This year on March 12th I went up onto the roof to see the yellow flowers ... but they didn’t really come out until the end of March this year.  This year we were wanting spring to be later, because with each passing week it was safer to go out.

In my entire professional career, I have never spent an entire month, let alone a season, in one place.  There were three weeks last spring I didn’t even leave our apartment – not even to go to the lobby.  Time seemed to have a rhythm and cadence all its own last year.  The ebb and flow of the days, of the light.  The eerie silence of the canyons of NYC, punctuated by souped-up cars coming in from NJ and riding unimpeded up 10th Avenue and down 11th, no cars or people to stop them.  Only the ambulances, the endless sound of the sirens, all night long.  Then there was the clapping and horns thanking our healthcare workers, every night like clockwork at 7 pm.

When first tentatively going back outside, the streets were void of people.  Times Square, void of people, but the neon signs still flashing their messages to ... who?  Shuttered theaters, with signs of a play or a musical that were suddenly shuttered.  Most are still up – most would be enjoying long runs if they were still operating.  In Times Square recently, Mrs. Doubtfire looms large, announcing her previews beginning in March.  Like most other signs, it has now been up for over a year.

Every week in the spring last year, more and more people would venture outside.  Every week, more and more cars would be on the street.  But in those last weeks of April 2020, when I first ventured outside, there were no cars, few people.  It was easy to walk in the middle of the usually busiest streets in NYC and sit, frame a picture, and take it ... without being interrupted by a car.  In the beginning, many stores had signs saying “Closed for a few weeks ... we’ll see you April 15th.”  No one thought it would go on seemingly forever.   But it did.  And yet, it went by quickly.

I started walking … everywhere.  In NYC pre-epidemic, we walked to get somewhere, or took the subway, to get somewhere.  In the Spring of 2020, I just walked.  Some days on the weekend for 20 miles.  Up to Harlem, over to Queens.  The city was alive, more subdued, but still alive.  You maybe had to look for it, but it was there.  After the murder of George Floyd, in late May, NYC’s streets changed again.  The brave protesters, who started taking to the streets in the days after George Floyd’s murder, riding the streets like a wave.  The sound of the helicopters, following the protesters.  Life in a city, in the middle of an epidemic.

During one of my trips to Harlem in the early spring, some men were selling watermelon from a truck.  They had just driven overnight from Georgia.  I carried a five-pound watermelon home to 42nd Street, where no one was yet selling watermelon.  Last spring, even in the silence, even in the quiet, you could feel the energy that is NYC silently humming in the background, you knew it was there, ready to bloom again, ready to be embraced.  The theaters were closed, but there were still street artists singing and playing, entertaining all of those who would stop to listen.

I would leave NYC shortly after the start of summer, and spend almost another season out west in Wyoming.  One-hundred-degree days, cooler nights.  Lots of time outdoors, walking, this time silently in the middle of nowhere, in a one-stoplight town.  Weekends were spent doing “yard work,” except in this case the yard is 1 1/3 acres and you could spend every weekend of every year working in it and never be done.  But there was a beauty, a serenity, in those days, making small progress each day.

We have a small pond on the property, fed by irrigation water through a series of pipes and ditches that travel down from the mountains into our town – a system put into place in the 19th century so that this arid area could be farmed.  Around the pond, all summer long, reeds grew taller, and dragon flies each with a different vibrant hue flew from branch to branch.  A Russian olive tree, which grow like weeds here, spread its branches over one side of the pond, the dappled sunlight filtered through its branches.

Life in a rural part of the country is different, yet the same somehow.  In NYC, the sight of a child playing in a fountain would bring a smile to my face.  Next to our pond, watching the dragon flies all day long would bring the same smile.  Whether we are there to see them or not, the children play, the dragon flies fly.  They are there, always, just waiting to be discovered.

And then we drove to San Francisco, for a while walking to the office each day – three miles each direction.  In every place, it seemed in part like we were living some post-apocalyptic movie scenario – Will Smith was going to come out from any corner, guns a-blazing.  But he never did.  In Wyoming of course, there were tumbleweeds blowing along the side of the road – in NYC and SF it just seemed like there should be tumbleweeds blowing down the streets.

When we got back to NYC the first of December, it was another world from the one I had left in the summer.  There were lines everywhere – for Covid-19 testing.  The lines would go around the block.  And it was cold, and it snowed, and there were people eating in the cold in hastily put-up temporary restaurants on the streets.  By mid-January, many of these were closed, but they stayed open many weeks after it was really too cold to eat outside.  But they looked more permanent than they had in the spring.  But it wasn’t as cold as it could have been.  The city was alive.  Winter seemed a bit delayed – as if to allow us a bit more time outside.

And now it’s April, another spring.  After a little more than four months in NYC, we’re about to go back to Wyoming.  Driving of course, that seems to be the new normal -- at least for us.  I haven’t been on a plane since March 12th, 2020.  I used to fly two to three times a week.  I suppose I will start flying again, but part of me is already a little nostalgic for the slower, different pace of the last year.  I won’t miss the long driving trips when this is over …. it will be a 30-hour drive from the east coast to Wyoming.  We’ll do it in two and a half days, which means 10 or 12-hour days of driving.

Maybe if we had more time to take the trip, we would enjoy the road trip more.  But we don’t have more time.  And there are still all the risks associated with staying in hotels, eating in restaurants.  We eat sandwiches in a cooler in the back seat.  And we race from one spot to another.  But what we do when we get there – we stay.  And it’s the staying that’s different, a chance to spend more than a few days in one location, a chance to be settled.

AN ATTITUDE OF GRATITUDE

We were extremely lucky ... the work we do was totally adaptable to a virtual environment.  Some of our work immediately went away, but it was replaced by different work.  And probably in part because we were able to stay indoors, we stayed healthy, and most of our close friends stayed healthy too.  But while we didn’t contract COVID-19, what toll has the last year taken on many of us, with the hugs we haven’t had, the embraces we haven’t felt?  We’ll only know that with time, and the passage of time.

People seemed to get sick from other things, and some died of those other things … a friend’s heart attack, a cancer diagnosis, a ruptured aorta – it seemed like every week someone else was sick or dying with something.  Was that related to the loss of social interaction?  Who knows?  Maybe we felt it more because we were socially isolated.  And then there were the now close to 600,000 families who did lose someone, and had to deal with that in the middle of the pandemic.  My heart aches for them, for their loss, for their inability to even grieve with others.

We don’t know what 2021 will bring ... only that it is already a quarter gone.  Wasn’t it just the dead of winter?  What are the lessons of 2020?  Will we quickly start living the lives we used to live, or have we learned something, changed something, because of what we collectively lived through?  I hope we can all be a bit kinder with each other, have more understanding of what each of us is living with, and that we can maybe – just maybe – learn what it’s like to walk in someone else’s shoes, and to be thankful for what we do have.

Because everyone has something to be thankful for – you just have to look for it.  When there is no theater, there is theater in the streets.  When our heart aches for someone we’ve lost, we look up and a bird is singing in the tree they used to see outside their window.  Hope.  Without hope we are nothing.  With hope, everything is possible.

Wishing you a hopeful Spring 2021.  Be safe out there. 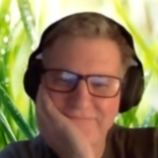 Serving our clients in a pandemic year